On this page you will find details on the use of the F-51D Mustang as Fighter Bomber and the RF-51D as Tactical Reconnaissance plane during the Korean War  1950 - 1953. 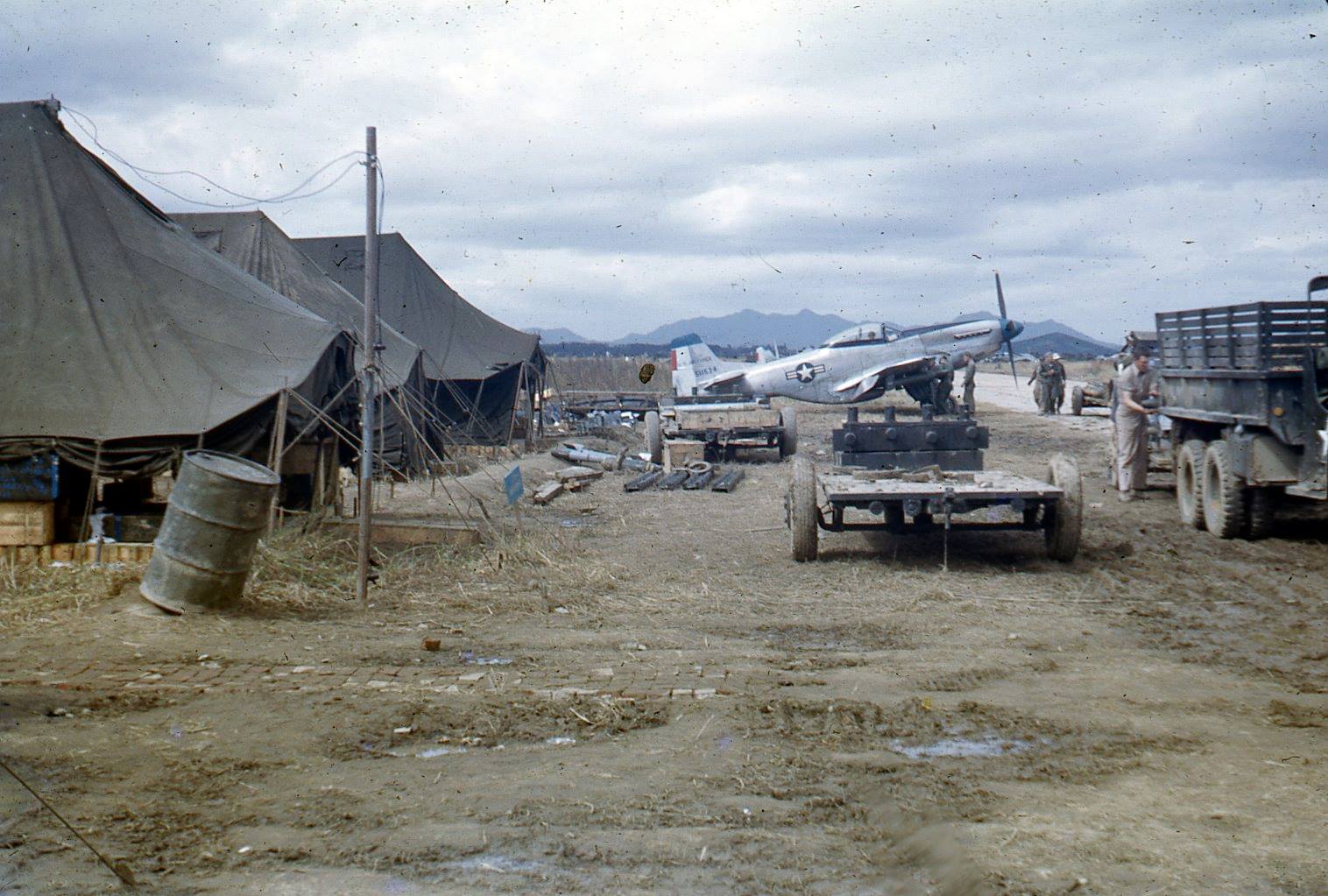 Visible in the photograph above are the harsh working-conditions the USAF had to manage on many airfields in Korea. The a/c shown is F-51D-30-NT 45-11524 of the 18th FBG 39th FBS 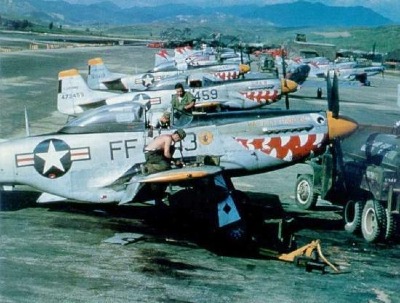 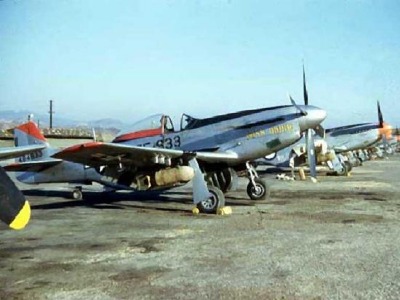 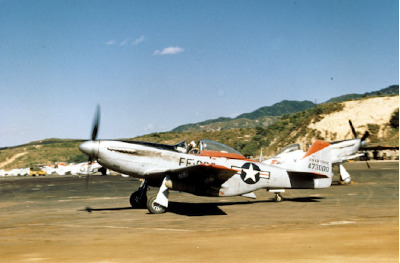 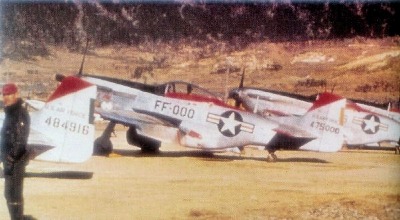 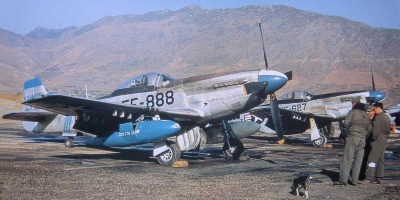 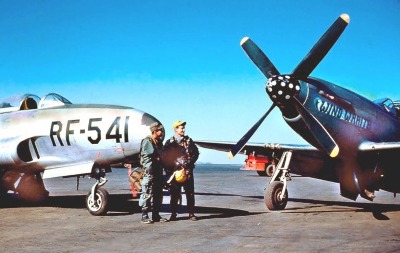 Pilots and aircraft of the 45th TRS "Polka Dot Squadron", the only Tactical Recon outfit of the 67th TRG flying camera-equipped RF-51D's until they converted to RF-80 jets (at left in the photo), seen here on New Year's Day 1953 at Kimpo. The RF-51D carries the nickname "Wind Wraith" (Lloyd Wooley). 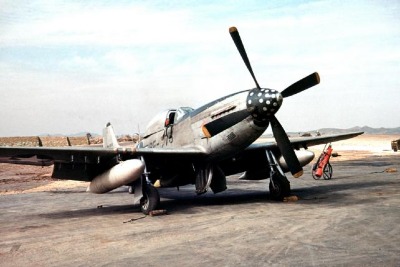 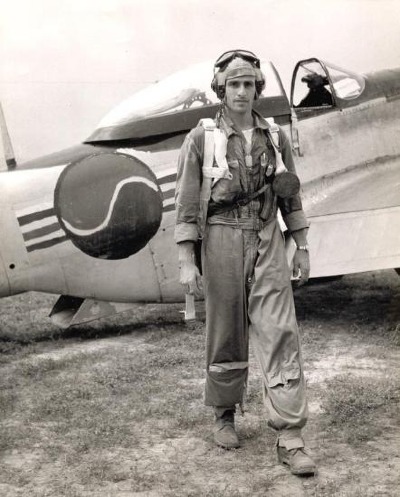 An American pilot returning from a reconnaissance mission in a F-51D Mustang with ROKAF markings. It seem that this is one of the first aircraft handed over to the ROKAF, judging from the hastily overpainted USAF stars-and-bars markings - it was taken from the 12th FBG 67th FBS (John T. Gordon). 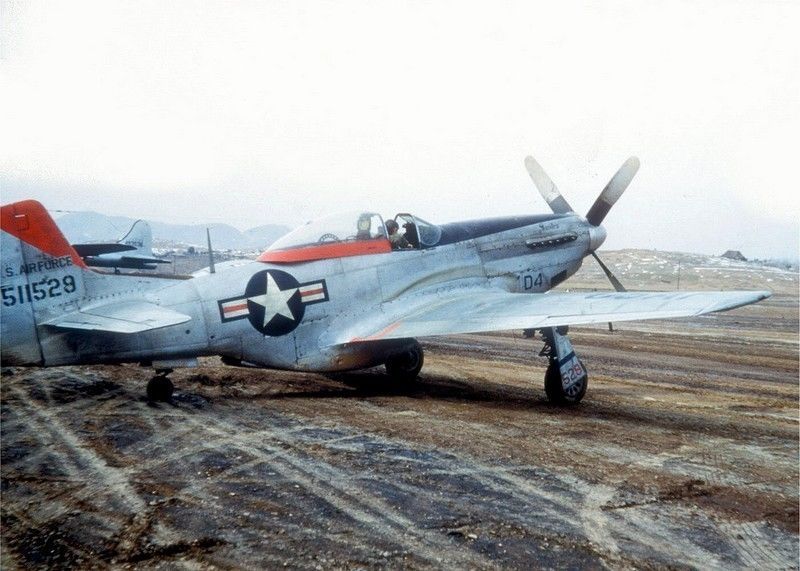 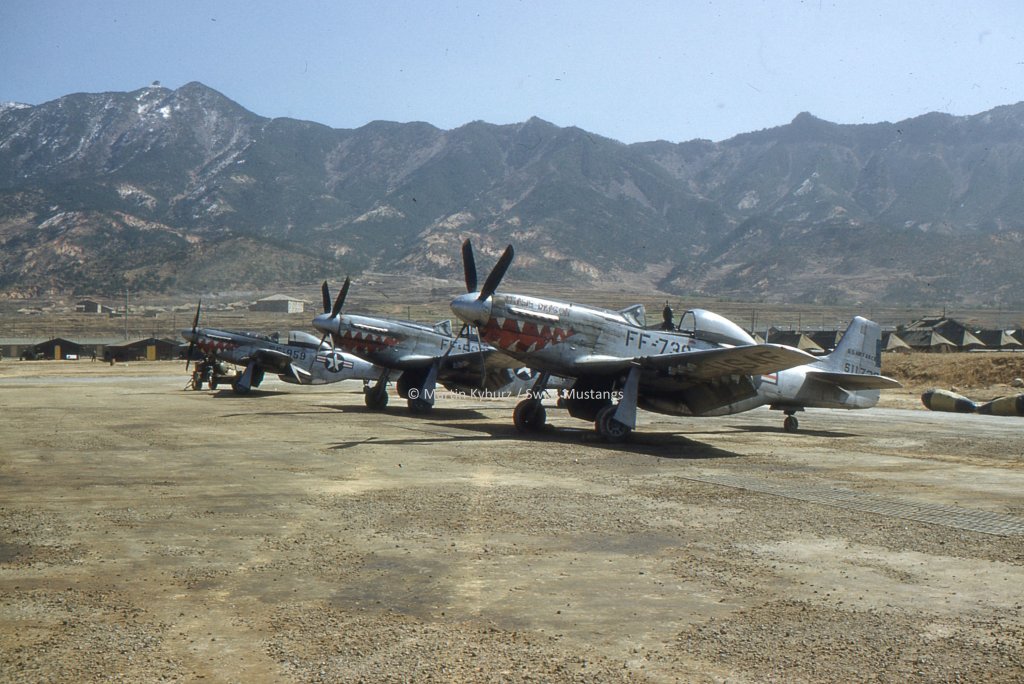 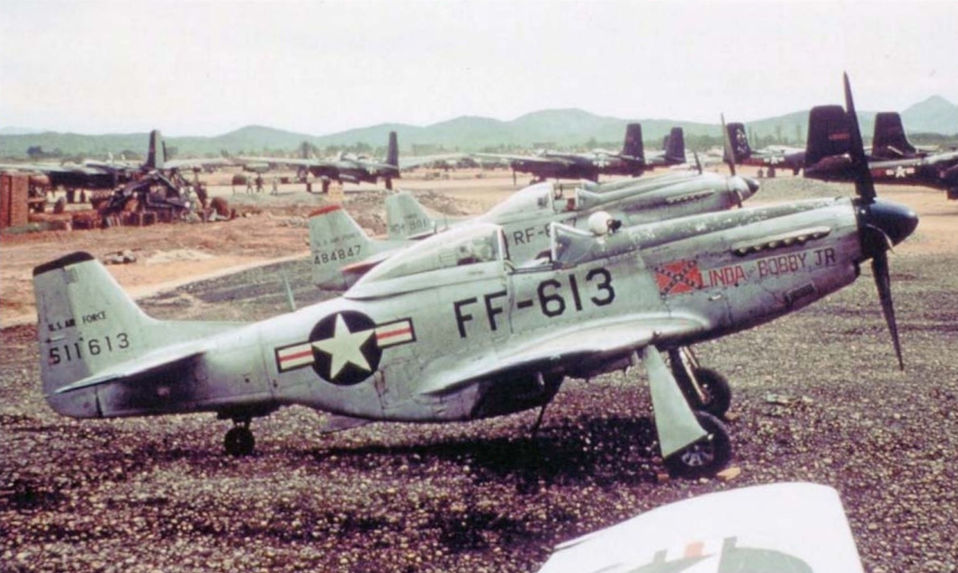 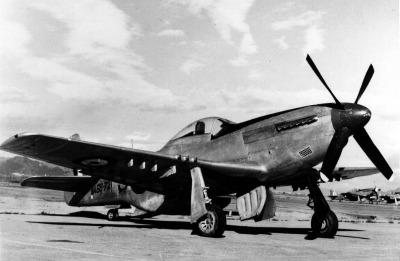 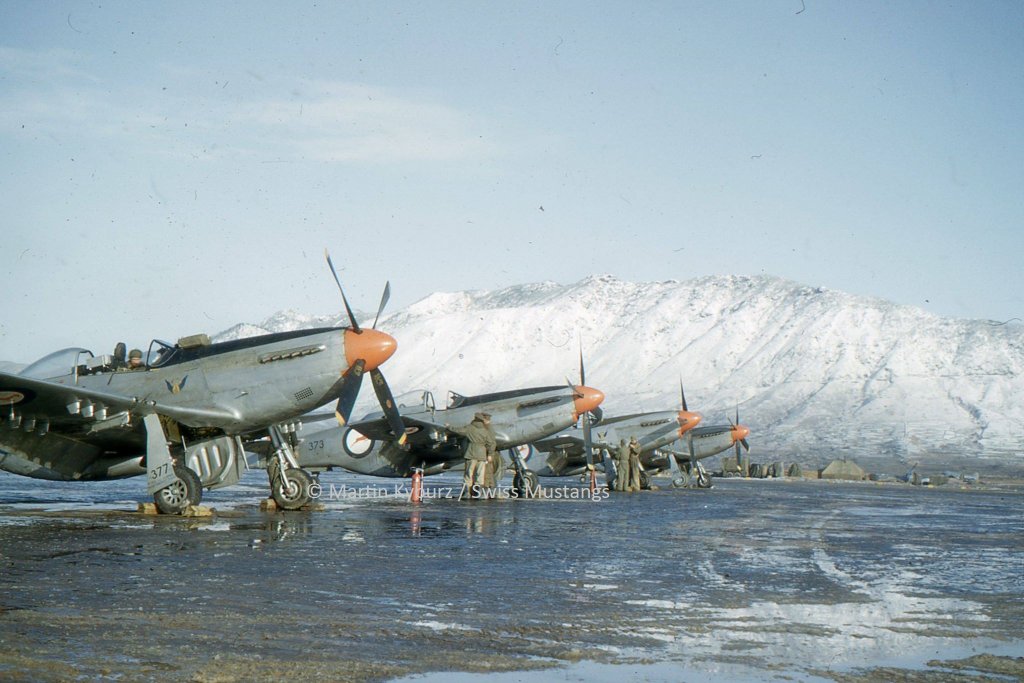 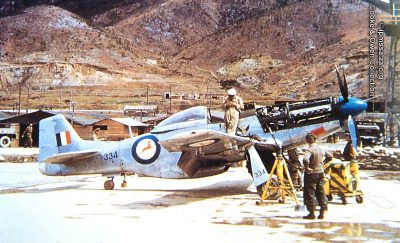 SAAF No. 2 Sqdn "Flying Cheetahs", aircraft #334 during overhaul. This is ex USAF 44-84903; it was one of the few aircraft returned to the USAAF in December 1952 when No. 2 Sqdn converted to Sabre Jets. It eventually was transferred to the ROKAF ca. 1953. (IMPS South Africa, Cooke & Owen collection) 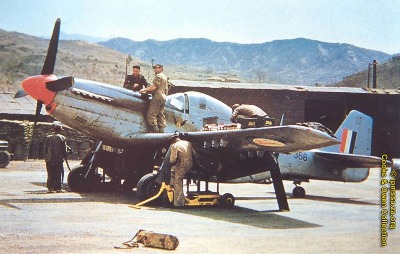 SAAF #366 being readied for yet another mission in support of the hard fighting ground troops. This is ex USAF 44-84882 and also was returned to the USAF in December 1952, who in turn transferred it to the ROKAF. (IPMS South Africa, Cooke & Owen collection)